Ross commented “In short, we had a superb week, although not without its challenges!

Our host company, The AA, presented a fantastic ‘App based’ problem with two key elements; attracting new users  and increasing registration numbers – this was perfect as our team of 11 students was  able to split into 2 working groups for much of the week, only coming together to perform a single presentation.

After an exhausting first day, packed with learning and discussion, it was amazing to see the team develop and motivate themselves to produce some action points. Vicky and I were on hand to guide them but, for the most part, the team  worked independently and were self-starting.

In particular, I was truly impressed by their innovation and their values – a focus on the customers’ needs was their priority (not necessarily shareholder return!).

It was also fascinating to watch how (with a little prompting) when they used the tools, they got further ‘under the skin’ of the problem. At the outset, they initially formed a very quick high-level solution in the first 20 minutes, folded their arms and thought ‘job done’. It wasn’t until they started to use the forcefield and 5 whys, challenge each other and map out further issues that they got to the root of the problem.

As always, the solution was simple (and rather elegant).

From the nervous presenter who thought ‘I need to do this’ to the confident leaders who gave the project direction, everyone contributed, worked for each other and got loads out of the week. And they taught me all about ambient marketing!

I can’t wait for the next one.” 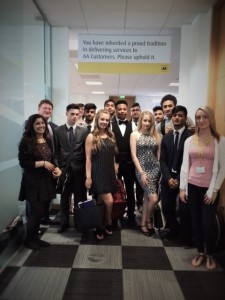 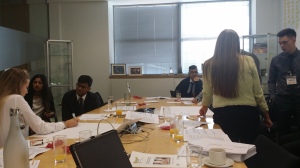